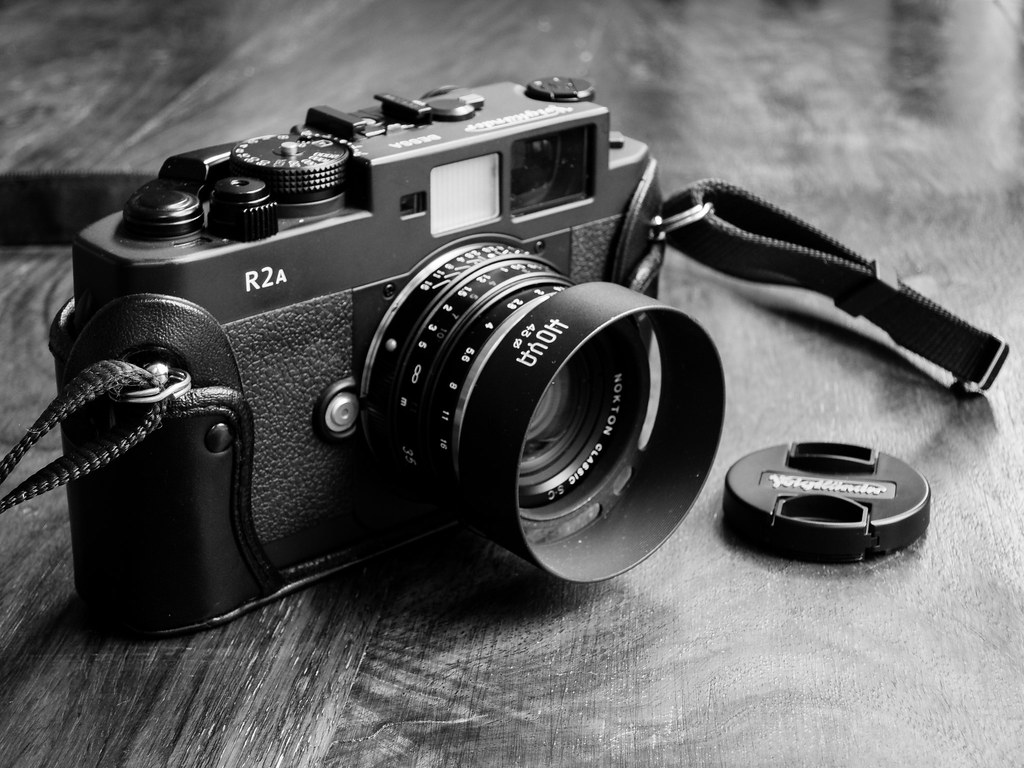 The camera I’ve chosen for this project is quite an unusual one. For starters, it runs on 35mm film but isn’t “vintage”. In fact it’s one of the few film cameras that is still in production.

Voigtlander is one of the great German names in camera manufacturing and in it’s heyday was a competitor for household names such as Zeiss and (to a lesser extent) Leica. They can also lay a somewhat dubious claim to being the oldest camera manufacturer in the world, having been initially founded in Vienna in 1756.

None of this applies to Voigtlander today though, the name has past through various hands over recent years, finally coming to rest with Cosina in Japan at the start of the millennium. They resurrected it to establish the Bessa line of cameras, of which mine is one, plus a series of supporting lenses.

These aim to be a undercut the only other rangefinder still on the market, the Leica M. Lets be quite clear here, the Bessa is no Leica. It’s a nicely built bit of kit by normal standards but you can see where the savings have been made – it doesn’t have that hewn from solid brass feel or rifle-bolt action for starters (oops – I just broke the cliche-o-meter).

This doesn’t matter though. It’s a well known trueism that in film photography the camera is just a light-proof box, it’s the lens that matters. While that might not tell the full story, it’s pretty close and the Bessa gets all the other parts right. It has a fast, accurate rangefinder. The viewfinder is large, clear and bright. The controls are simple and fall easily to hand. And yes, you can hang some of the worlds very best lenses of the front.

No frills, just a modern take on the classic journalists camera and that’s what I love about it.

One thought on “So what’s a Voigtlander anyway?”